Consumer attention is fleeting, and only the bold and brave cut through the noise. To that end, media in all of its forms needs to work harder and smarter. This year’s Media All-Stars are not only up for the challenge but steaming ahead to create unforgettable work for brands and exciting opportunities for their teams. 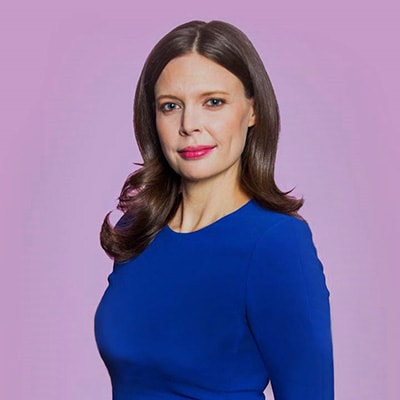 As the chief data officer of Hearts & Science, Megan Pagliuca has implemented bold consumer strategies that have pushed the agency into a more “programmatic first” direction—a concept that wasn’t always a priority within the industry. “Programmatic and real-time bidding has been around for a while, but it’s always been kind of the minority,” Pagliuca explains. “Hearts, as a data-driven agency, has done several things to ensure that we are at 80% to 90% of our spend in digital being programmatic, so it’s no longer a … remnant thing. So [we have] really kind of transitioned and made, I think, the North Star that was a dream for the last 10 years a reality.” Why is the widespread adoption of programmatic buying such a big deal? Because for years it has been touted as the future of advertising, automating the buying and selling of ad inventory while providing real-time, specific target-market analytics for a more informed client experience. The information gleaned from such analysis can also result in reduced frequency waste—or how often a consumer repeatedly encounters a particular ad. Pagliuca’s incentive and savings model, for example, has decreased the company’s frequency waste by 15%. “Megan was literally the ‘heart’ of an agency-level redesign of our digital go-to market approach,” says Scott Hagedorn, CEO of Omnicom Media Group North America and former CEO of Hearts & Science. “You’re either driving change, or you’re trying to hold on to the old world,” says Pagliuca. “And you will be more successful if you are a change driver.” —S.M. Nadalie Dias joined Hearts & Science in September 2017 and before the end of 2018 was promoted to her current role, a critical leadership position on the AT&T account overseeing a team of 45.

Among her achievements: She helped create tools from programmatic data and behavioral signals to allow AT&T to maximize its total video reach while increasing the flexibility and effectiveness of the client’s media investments. She also created a system for Hearts & Science that uses self, supervisor and peer evaluations to arrive at scores to identify trends in talent, individual proficiencies and level of engagement, all to understand when employees needed promotions or would be better served by transferring to different departments.

“Whatever media frontier is next to be conquered,” says Chris Stanger, executive director on the AT&T account, “Nadalie will undoubtedly be leading the charge from the front line.” —Erik Oster